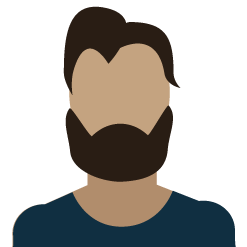 I suffer from dry, itchy skin that keeps me from going outdoors. No matter what I use or apply on my skin, my symptoms won't go away and seem to get worse whenever I go out in the sun. One day, I talked to my regular doctor about my skin condition. The doctor referred me to a dermatologist for treatment. It was a big relief to find someone who can really help. The dermatologist examined my skin and asked me questions about my diet, lifestyle and habits. I actually caused my skin problems by what I do each day. After making big changes in my life and getting the right skin treatment, I now live a full life. If you need help for your skin condition that really works, read my blog. You'll find information about skin conditions and their treatments, as well as where to go for help.

Getting that tattoo seemed like a good idea at the time, but now you wish you had never done it. Fortunately, many tattoos can be removed with laser technology. By consulting a dermatologist who does tattoo removal, you can find out what sort of success to expect in getting rid of that ink.

Surveys come up with varying results on the percentage of people who regret getting a tattoo. A study from Northwestern University in 2006 found that about one-quarter of people with a tattoo wish they hadn't made that decision. In contrast, results of a 2012 Harris Poll found only 14 percent reported tattoo regret.

This might be a change occurring as years pass and tattoos become more prevalent. However, research from the United Kingdom presented in 2013 found that across the pond, around one-third of tattooed individuals regret the ink. Of course, that may reflect differences between the United States and countries in the UK.

Laser treatment is currently the most effective method for eradicating tattoos. Heat from the laser breaks the ink down into tiny flecks that the blood carries away. The liver and digestive system gradually remove those flecks.

In fact, some of this ink removal has already happened naturally in your body. Your white blood cells quickly recognized the ink as a foreign invader and tried to eliminate it. That's why tattoos fade somewhat from their original glory, as the white cells carry away whatever tiny bits of ink they can.

Depending on the size and color of the tattoo you want removed, you can expect to need several sessions for the process to be complete. There is likely to be some stinging and discomfort from the heat of the laser.

Certain ink colors take longer than others to disappear, and current technology is still unable to remove some colors. Certain shades of blue and yellow, for instance, may not disappear. Even if the color is totally removed, you'll probably still see a faint outline of where the ink used to be.

The procedure isn't cheap, and health insurance probably won't pay if you're having this done for cosmetic reasons. If the tattoo has caused skin problems, however, your policy may cover removal. The dermatologist who does the work can provide this information to your insurer.

Having a tattoo removed takes time and usually costs money, but if you really don't want the ink anymore, look into having it eradicated by a skin doctor (like those at Dermatology Surgery Center). There's no reason to continue feeling self-conscious about that text or illustration on your skin if you can have it eliminated.